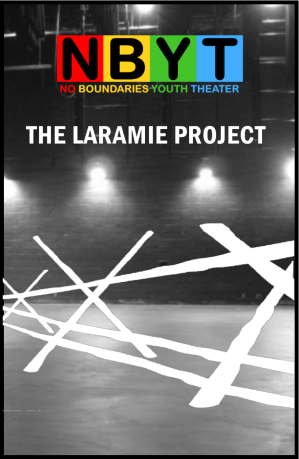 This fall, the NBYT Teen Company will begin the theater’s 2018-19 season with The Laramie Project by Moisés Kaufman and the Members of Tectonic Theater Project.

“The Laramie Project is the most serious drama that NBYT will produce to date,” says NBYT Executive and Artistic Director Darren Farrington. “It’s the story of 21-year-old Matthew Shepard, the two young men who targeted, viciously beat, and left him to die in a field in Laramie, Wyoming in October 1998, and the community that became suddenly synonymous with this hate crime. But it’s not a story about Matthew Shepard being gay. It’s about whether we let fear, hatred, and anger define us as a community. And it’s a story that needs to be told now more than ever.”

Auditions for the production will be held on Monday and Wednesday, July 30 and August 1, at 6 p.m. at the theater’s Studio Theater space at the New Britain-Berlin YMCA at 362 Main Street in Berlin. Anyone who cannot attend on July 30 or August 1 may schedule an audition earlier in July. Actors auditioning should prepare a dramatic monologue of approximately one minute from a modern play (1920 to present). Actors auditioning should also be prepared to discuss the subject matter and their interest in this project. A company of 8 to 12 actors will be cast who will play over sixty roles in the script. Due to language and content, the ages for this production will be 16-20. Younger actors may join with their parents full understanding and permission; older actors may join with permission of the director.

Rehearsals for the production will begin on August 29 and are planned for Mondays and Wednesdays from 6:00 to 9:00 p.m. (Auditions are being held early so actors may begin learning their lines in August.) As part of the rehearsal process, a workshop will be held with a member of Tectonic Theater Project who will travel to NBYT from New York, and discussions are planned with local LGBTQ advocacy groups. Performances will be on October 19, 20 and 21. Due to the short rehearsal period, some additional rehearsal time may be necessary.

To schedule an audition, or to ask any questions about this production, please email auditions@nbyt.org or contact NBYT Executive and Artistic Director Darren Farrington. Pre-scheduled auditions are preferred, but walk-ins are welcome. Those cast will be asked to pay a participation fee of $150, but partial financial waivers and payment scheduling are available.