Two more weeks have passed in the Homeschool Enrichment Program at NBYT! The 4-8 year old group spent a week studying the art of storytelling. The kids chose items from a costume and prop bin and based characters on those items: a dancer, a princess, a fairy, an explorer, a king, a tiger, and a faithful dog. Each child helped to craft a story that tied all of those characters together.

Following the storytelling week, the young group visited the American South with the story of Brer Rabbit in Mr. Man’s Garden. We also learned about neighboring colors on the color wheel and painted scenes with watercolors. Next week, the children will rehearse the Brer Rabbit story again, create costumes for their characters, and begin a new story based on an American Indian legend. 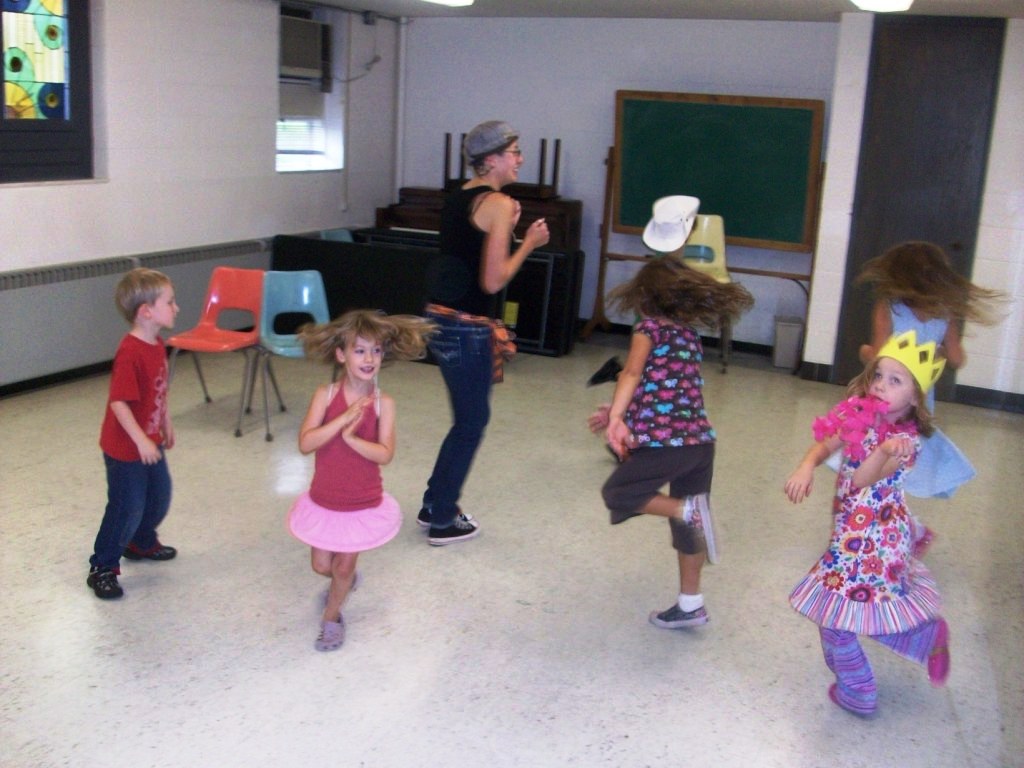 The 8-12 year-old group has continued work on The Jungle Book and began work on The Adventures of Tom Sawyer. Their acting exercises have been more intensive, with more time spent studying and rehearsing scenes. In Week Four, both age groups spent a forty-five minute period with a dance teacher and choreographer. Next week: music with a folk musician who makes his own instruments!