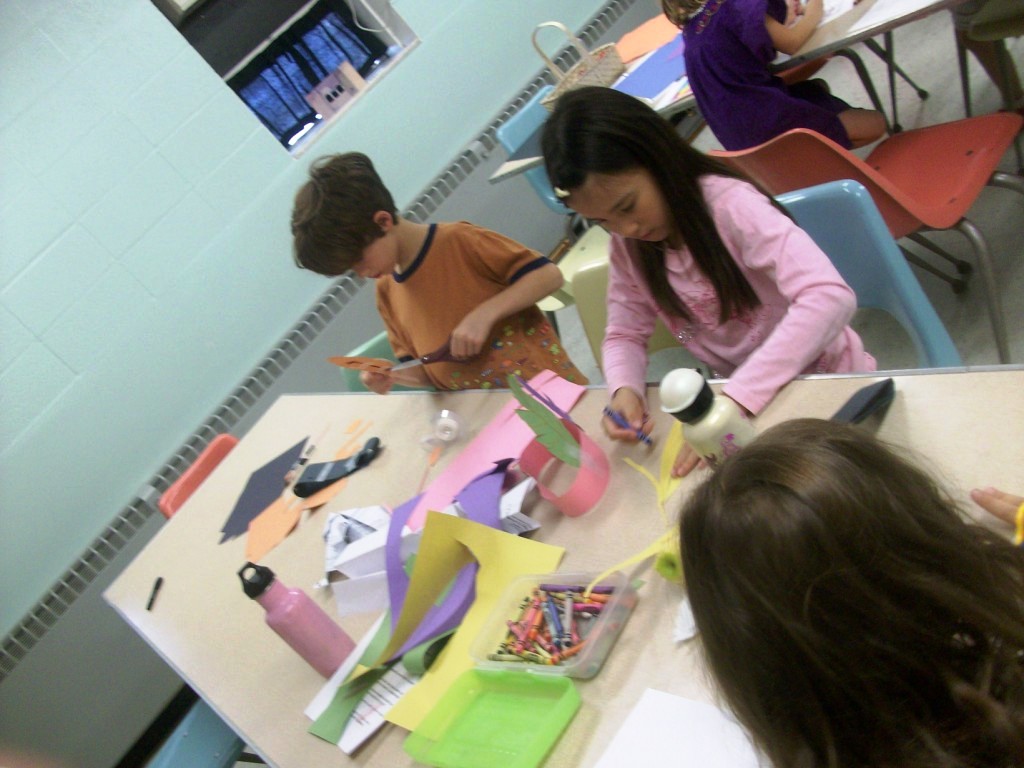 Week Three may be right upon us, but it’s not too late for a Week Two update.

The 4-8 year-old group read and performed a story about Johnny Appleseed. (Truth be told, most listened to the story, but we did have the help of some young readers.) Learning about the life of John Chapman—a real person who inspired some tall tales—led us from his home state of Massachusetts through New York, Pennsylvania, Ohio, Indiana, Illinois and Kentucky. The kids also made hats to use as costumes as characters in the story.

The 8-12 year-old group continued to work with a script adapted from Rudyard Kipling’s The Jungle Book. As a design project, the kids traced their outlines and drew life-size costume designs for the Jungle Book characters. The day was rounded out with acting games and exercises.